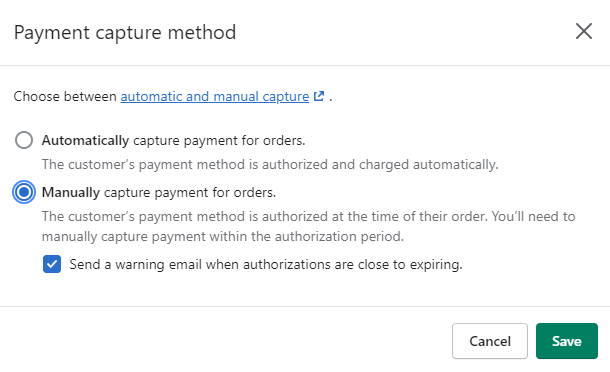 You will be able to capture Afterpay orders in the same fashion as any other order on Shopify, via the order’s tab, third-party integrations, or Shopify’s API.

No. Shopify does not support the ability to perform multiple captures on the same order. An ‘Auth Approved’ order can be updated to ‘Paid’ or ‘Partially Paid’ status on a single occasion.

Any remaining amount would be voided and refunded to the customer.

Afterpay will settle orders which are manually captured in a ‘Paid’ or ‘Partially Paid’ Shopify status. Example, an ‘Auth Approved’ order is updated to a ‘Paid’ status on Jan 01.

Afterpay Reconciliation process for this order would begin the next day on Jan 02.

To update your capture setting to “automatic capture”, follow the instructions on the following Shopify Help Article: Set Up Automatic Capture 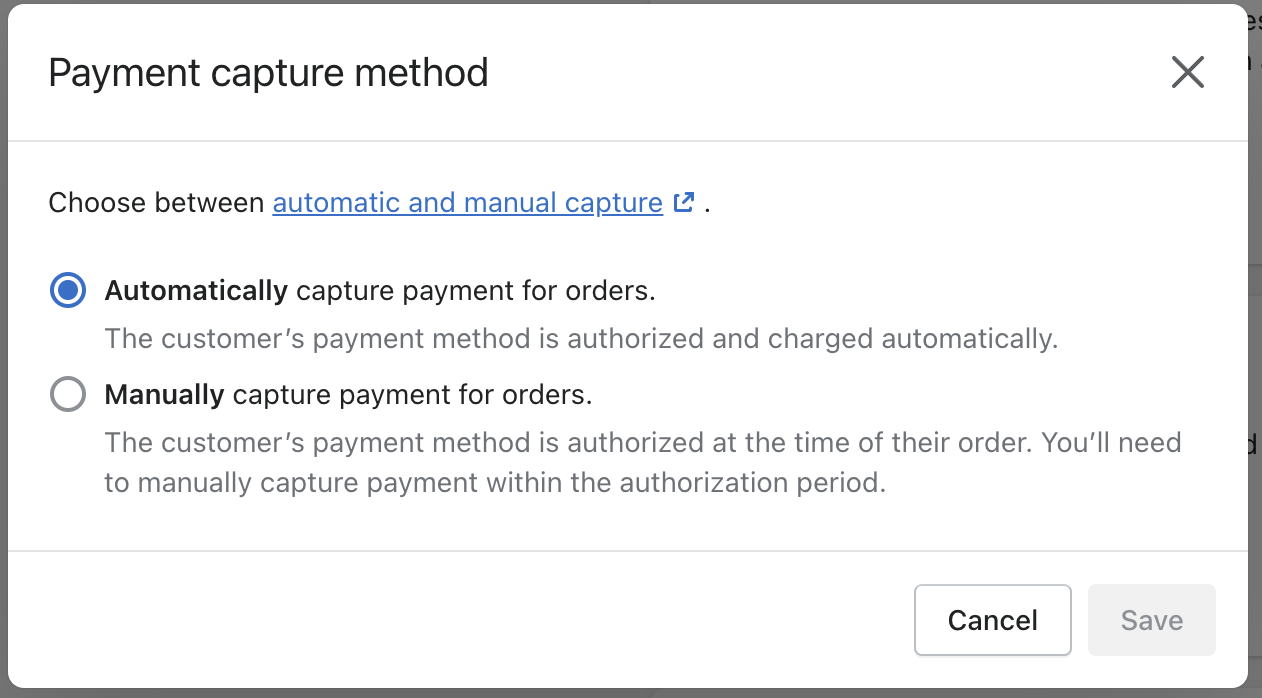